In 2014, the Board of Trustees approved the designation of pedestrian routes to be included in the Village’s snow removal operations. Under this program, the Public Works Department conducts a secondary snow removal operation after roadway plowing is complete (typically the following business day after the end of the snow event) on certain priority sidewalks and paths with heavier pedestrian traffic. While adjacent property owners are responsible for clearing snow from sidewalks adjacent to their parcel, this program is meant to supplement their efforts given the higher number of pedestrians in areas in these locations.

The locations of the designated pedestrian routes for snow removal are listed below. The map also shows the locations where the school districts and Cary Park District already clear snow from sidewalks along or near their facilities. 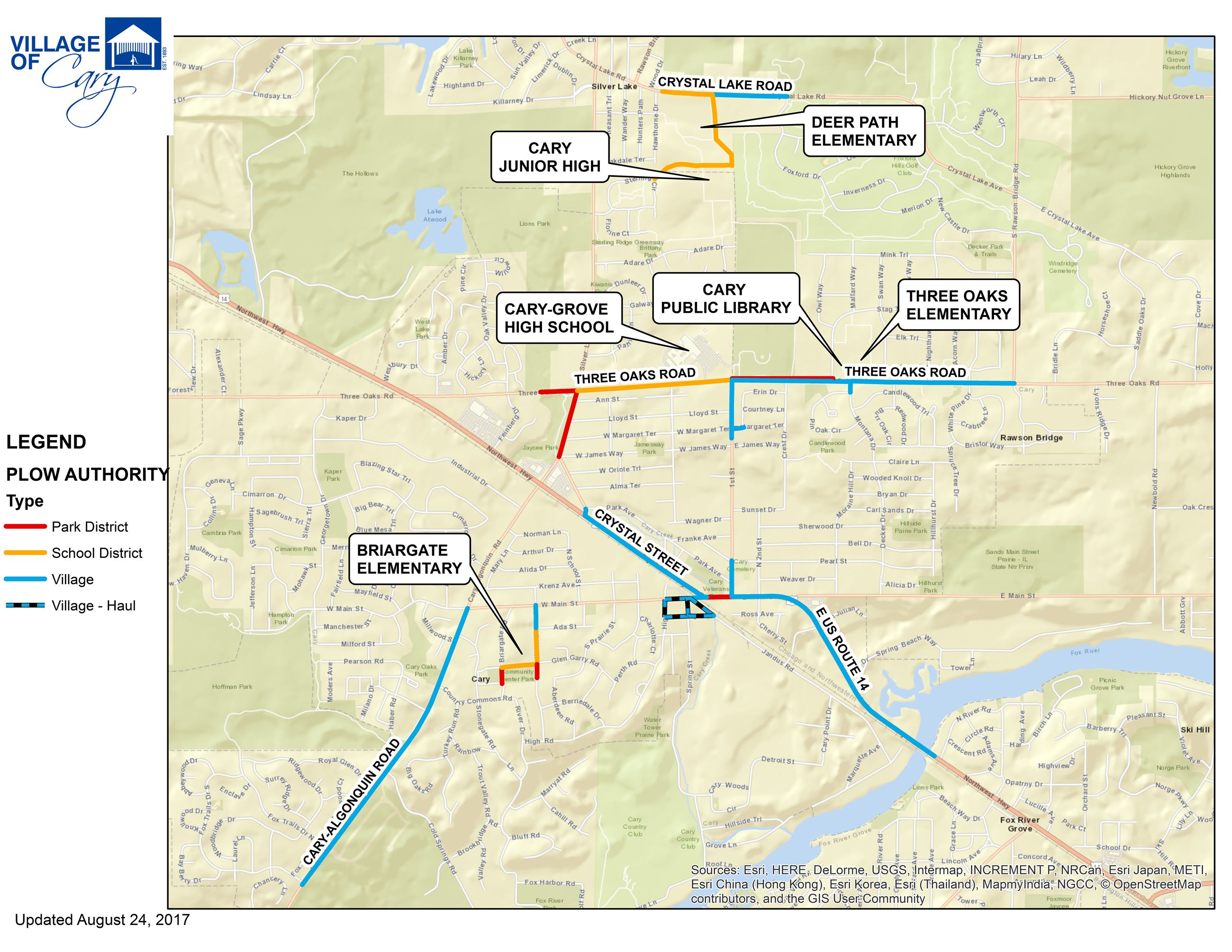